Behemoth biography Behemoth: Devil’s Conquistadors by Łukasz Dunaj is set to hit shelves on Tuesday, February 24th through Metal Blade. Less than a week away from its release Revolver has released excerpts from the 490-page tome, which takes an in-depth look at the band’s history, music, and rise to becoming one of extreme metal’s seminal acts of the past 20 years. A brief section of the book can be found below, pre-orders are available here.

But before Nergal began to express his rebellious self in music, he had to receive musical education. At the time, his older brother Pawe³ listened to hard rock and heavy metal bands. It was thanks to him that the 8-year-old Adam came to know such names as Deep Purple, Black Sabbath, Iron Maiden, or Accept. And as the twig is bent, so grows the tree.

“My brother’s cheap cassettes were my first exposure to metal music. He had Van Halen, Deep Purple, that kind of stuff. I remember I was awed by Iron Maiden’s clip to “Wasted Years,” which I saw on our black-and-white TV set. It has to be said that Polish television ran such things with some regularity in the late 1980s. I remember Accept’s concert in the Olivia Hall in Gdansk. And Metal Battle – it must have been 1987 – with such bands as Atomkraft, Wolf Spider, or Nasty Savage.” 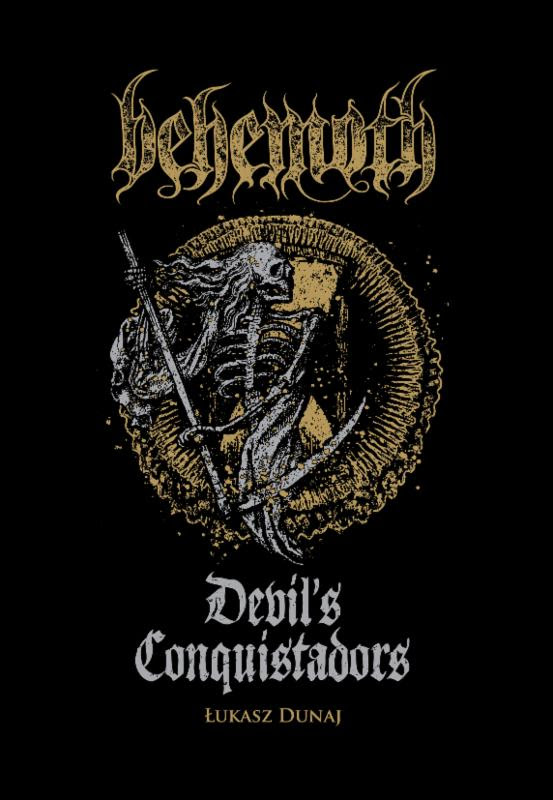 Behemoth have also given official releases to some of their early recordings. Available now on 12″ vinyl and as a 2-CD jewel case are Thy Winter Kingdom and Adv. From The Pagan Vastlands. Taken from 1993, the former was recorded during a rehearsal, while the latter is a pre-production version of their demo of the same name. You can secure your copy at this location.