San Francisco Bay Area darkness-obsessed DIY indie label Sentient Ruin Laboratories is extremely proud and honored to bring you a double whammy of pure concentrated violence, in the form of the split 7″ from Oakland’s Augurs and Deathgrave, two bands that have made grindcore and downtuned sonic aggression a way of life, and total auditive devastation an absolute dogma.

To be released on March 17th 2015 as digital product through Sentient Ruin and as 500 vinyl 7″‘s as a co-release between Sentient Ruin, Trill Kommand (US), Shove Records (IT/EU) and The Path Less Traveled Records (US), a pre-order of the digital format and of the 7″ can be found on our Bandcamp page.

Deathgrave are known for being the band of Oakland-based sound engineer and owner of Earhammer Studios, Greg Wilkinson. Greg is a fucking legend in the bay area having recorded, mixed and mastered a shit load of amazing bands like High on Fire, Noothgrush, Pallbearer, Atriarch and many more and having played in bands like Laudanum and Graves at Sea. But what Greg is probably most known for is his role as vocalist and bassist of the sludge metal war machine Brainoil. In Deathgrave, Greg has explored his love for grindcore and powerviolence, handling guitar duties and teaming up with members of Disinhibition, Bird, Cyanic, and Amber Asylum to create some of the most rampaging, demolishing and obliterating punk-infested speed metal you will ever hear. Standing somewhere between Infest, Iron Lung, Insect Warfare, and Charles Bronson, Deathgrave can drain the listener of all life in a matter of seconds with their overbearing and mauling brand of ultra-violent powerviolence/grind.

The Augurs/Deathgrave 7″ split was (of course) entirely recorded and mixed by Greg himself at his own Earhammer Studios here in Oakland and mastered by the legendary James Plotkin. Artwork was handled by Rotting Graphics (Plague Widow’s Hal Rotter).

A pre-order for the digital version and vinyl 7″ can be found HERE. 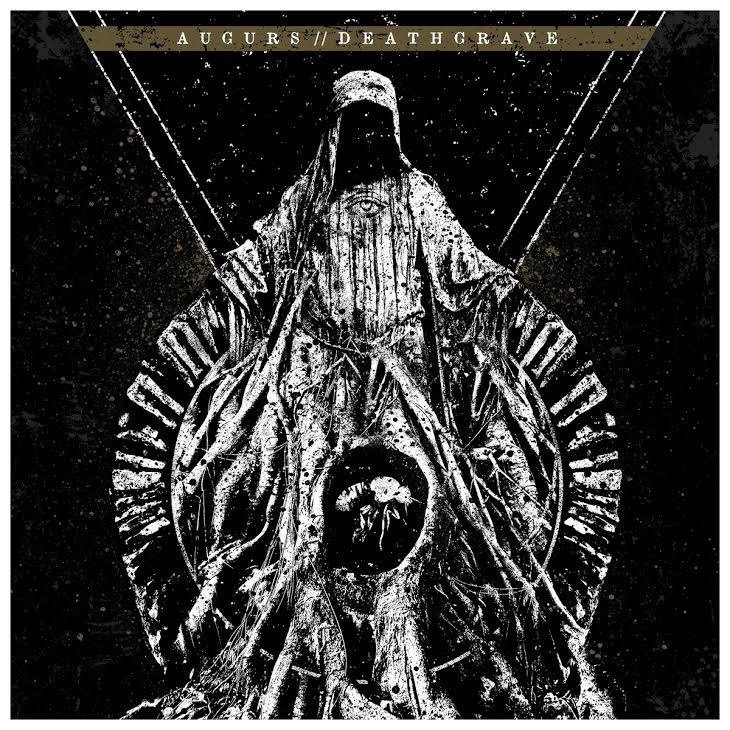